SCANROC - responsible and manufacturer
of ventilated facades since 1999
year

SCANROC is a company with foreign investment.

SCANROC is a ventilated facade with high thermal efficiency and excellent aesthetic properties. As a result of scientific development, a number of innovations and deep processing were introduced both in the supporting metal structure and in the facade tile itself, which in turn increased the reliability, durability and decorative properties of the system.

Under the influence of macroeconomic factors, SCANROC is successfully expanding to foreign markets and has its own European representative offices in Central and Western Europe.

SCANROC production facilities are located in Kiev, Ukraine. The central office of the company is also located there. 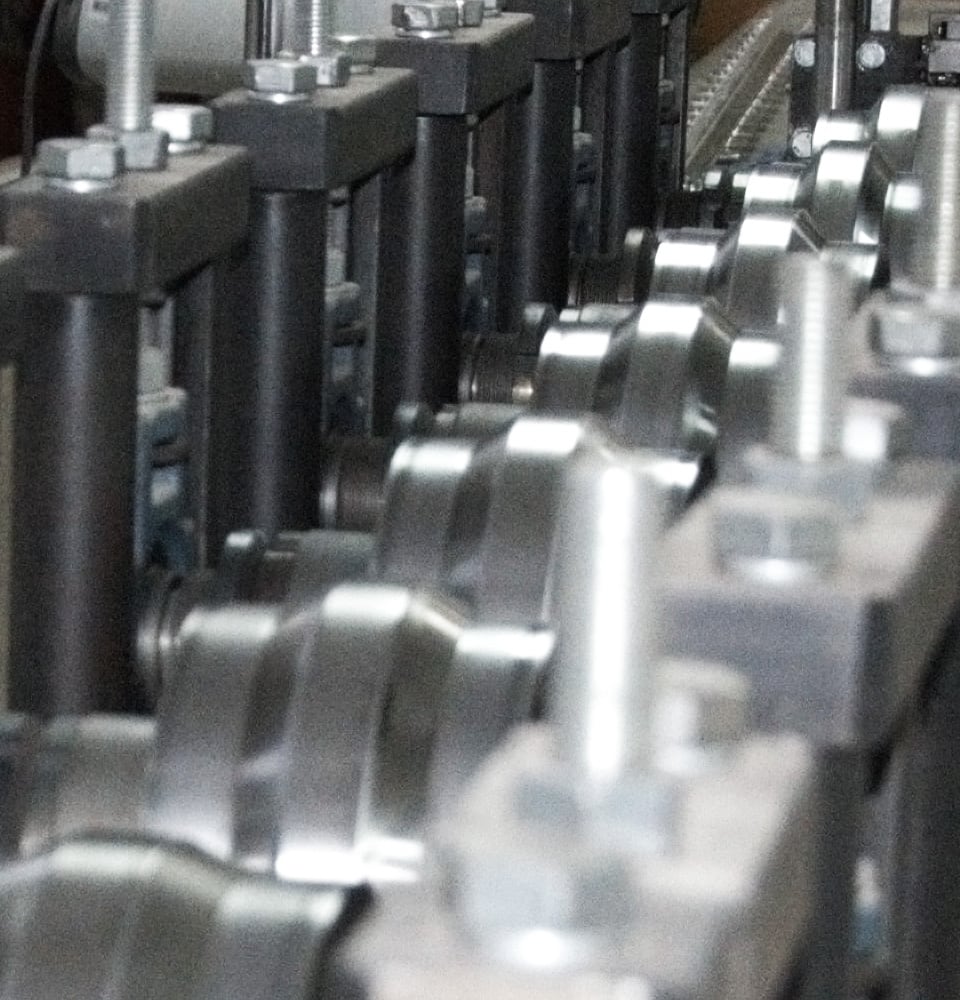 We see our own future in symbiosis with modern trends in architecture, as the highest manifestation of people's needs for the realization of our own vision for housing and urban planning 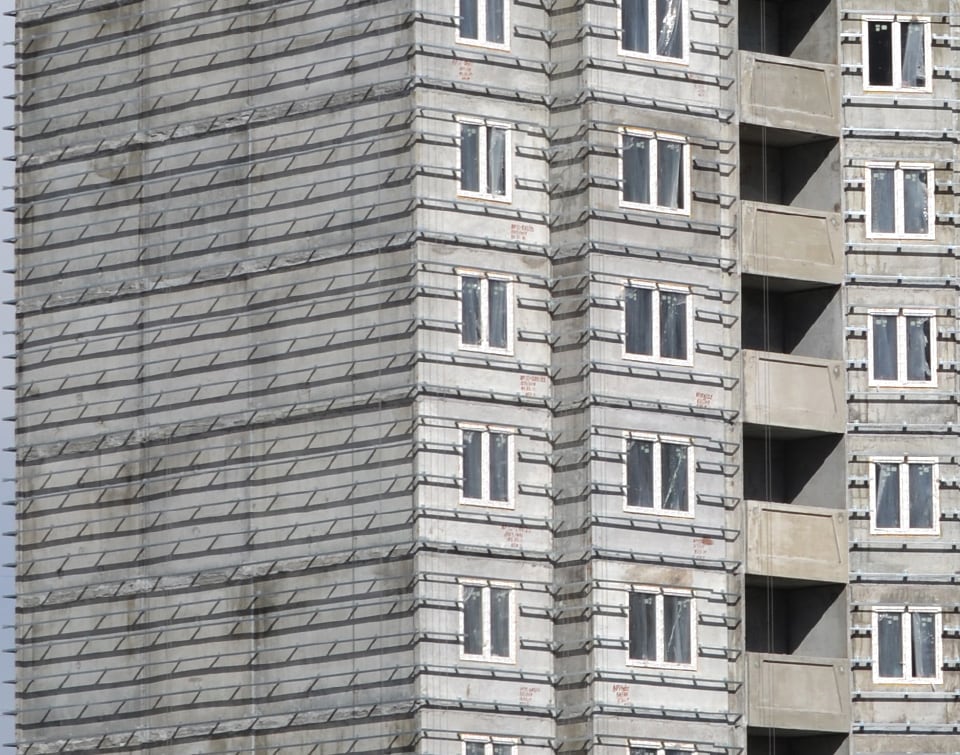 We help architects to implement their own ideas, engineers and builders to simplify their task, and end-users to have good and comfortable houses for living 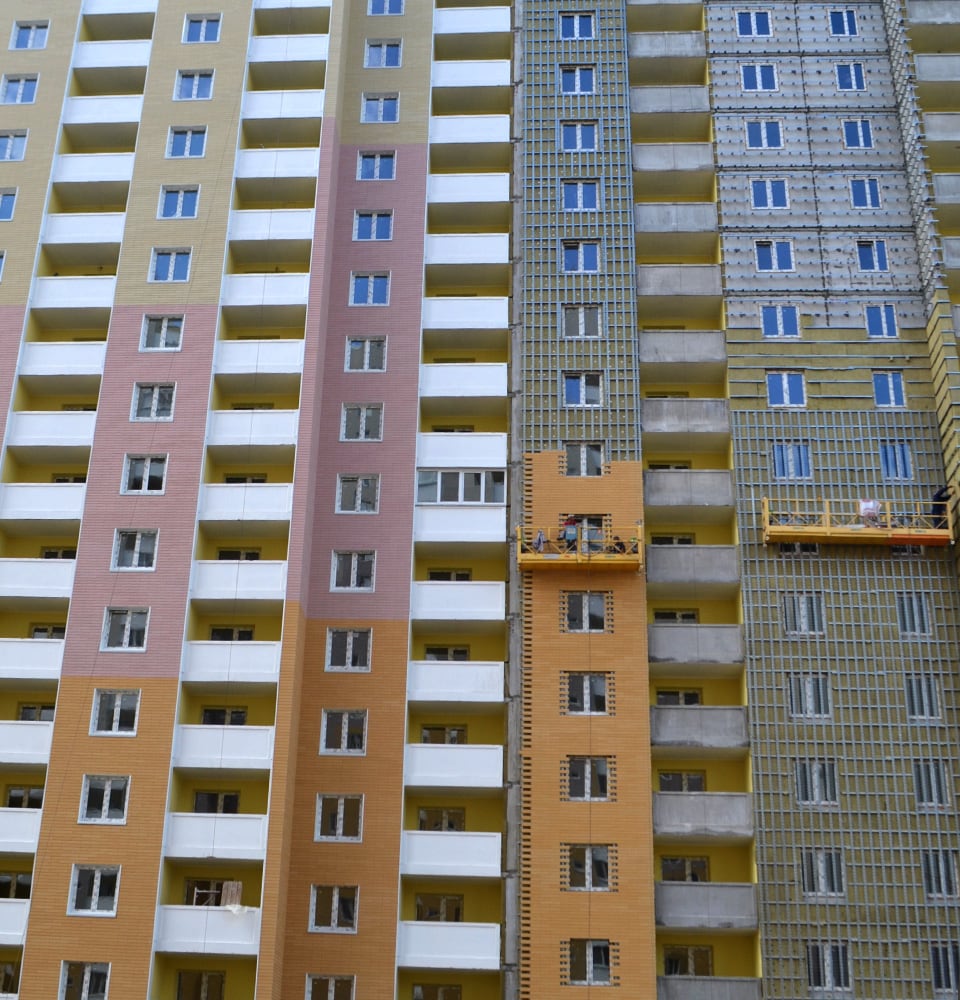 We comply with the principles of synergy both externally and internally. In our reliability, well-coordinated work and openness, we see the key to success 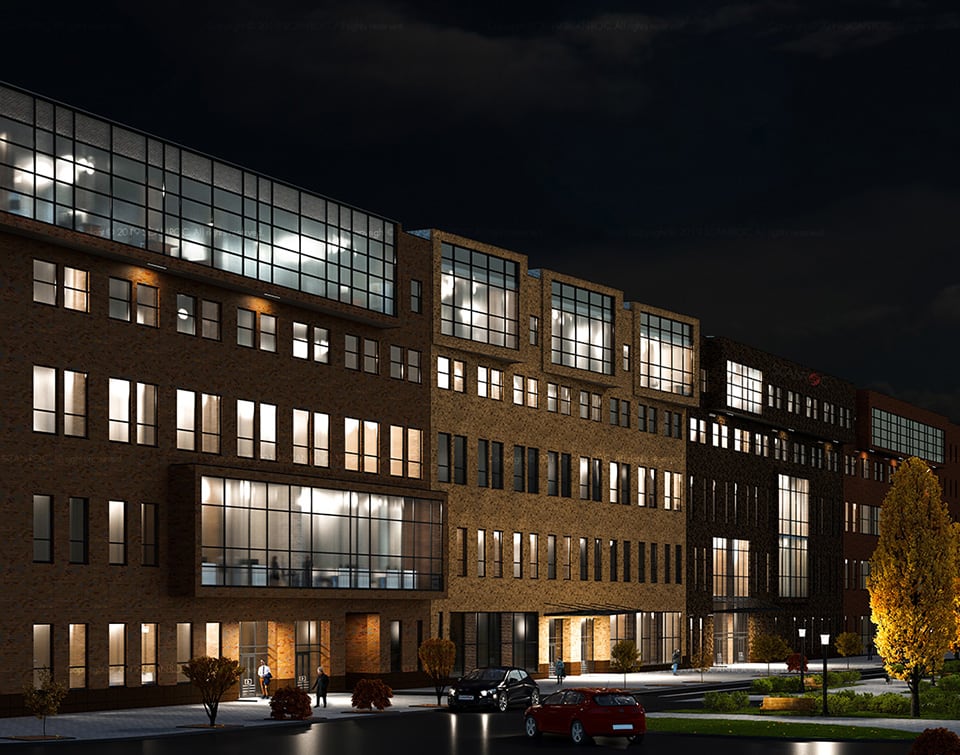 We create simple, yet effective and reliable construction solutions.

As of the mid-90s, the construction market of Ukraine did not have its own high-quality energy-efficient building materials, in addition, a low culture of construction work was observed. Those building materials that were imported from Europe were not affordable at the price for the vast majority of builders, and already then the needs for technologies and materials for civil engineering with high rates of energy saving were clearly outlined.

Understanding the current situation and after careful analysis, we made decisions on the introduction of innovative technology for cladding houses – ventilated facades, which should meet the following criteria:

In 1993, we founded the distribution company SCANDY Ltd, which for about 7 years provided construction enterprises with building materials of foreign production. In 1999, SCANDY concentrated on its own production of high-quality energy-efficient facade systems.

In 1998, we chose the city of Kiev, Ukraine as the location of the production site. One of the reasons for this was the proximity to the main, at that time, construction center and the equidistance to other places of construction concentration. In the same year, after negotiations with technology suppliers, we began the construction of a factory for the production of suspended ventilated facades. The main production equipment was delivered from Sweden.

In 1999, the construction of the plant was completed, commissioning works, semi-factory and factory tests were carried out, and the first research batches of products were manufactured. We diagnosed and explored every step on the path to excellence.

A little later, the SCANROC trademark was registered. SCANROC facade systems quickly gained popularity and as of 2005, in the sales structure there was already a very significant share of exports in the neighboring countries – to Russia, Belarus and other countries. 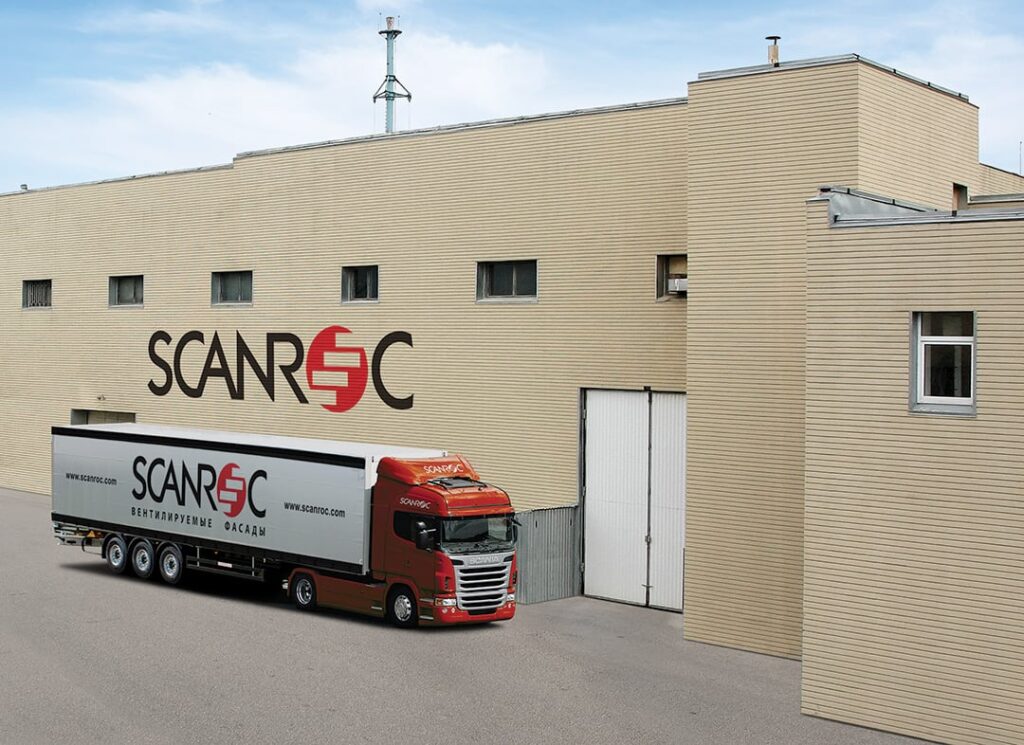 In the early 2000s, the SCANROC brand became so recognizable that it becomes a household name – all ventilated facades that began to appear in Ukraine from other manufacturers were called “scanners”.

SCANROC factory quickly reaches its design capacity and works first in 2, and then in 3 shifts. Automation of all production cycles has been established, a logistics system and a sales service have been built.

During 2010-2011, SCANROC implements all the accumulated potential through the reconstruction, modernization of existing lines and the construction of a new production line. Innovations concerned not only changes in the design of the system itself, but also all its raw materials. We have obtained a number of patents for the SCANROC system and have protected them in the European Union. Upgrades lasted until 2013, during which the most modern German equipment was installed.

Currently, SCANROC is the most modern enterprise with high production capacity, high growth rates, mainly due to the development of the European market and the countries of Scandinavia. In 2019, the first deliveries of the SCANROC system to Australia for multi-story housing construction projects were completed.

For all the time the company has produced more than 5 million square meters. m ventilated facade systems. 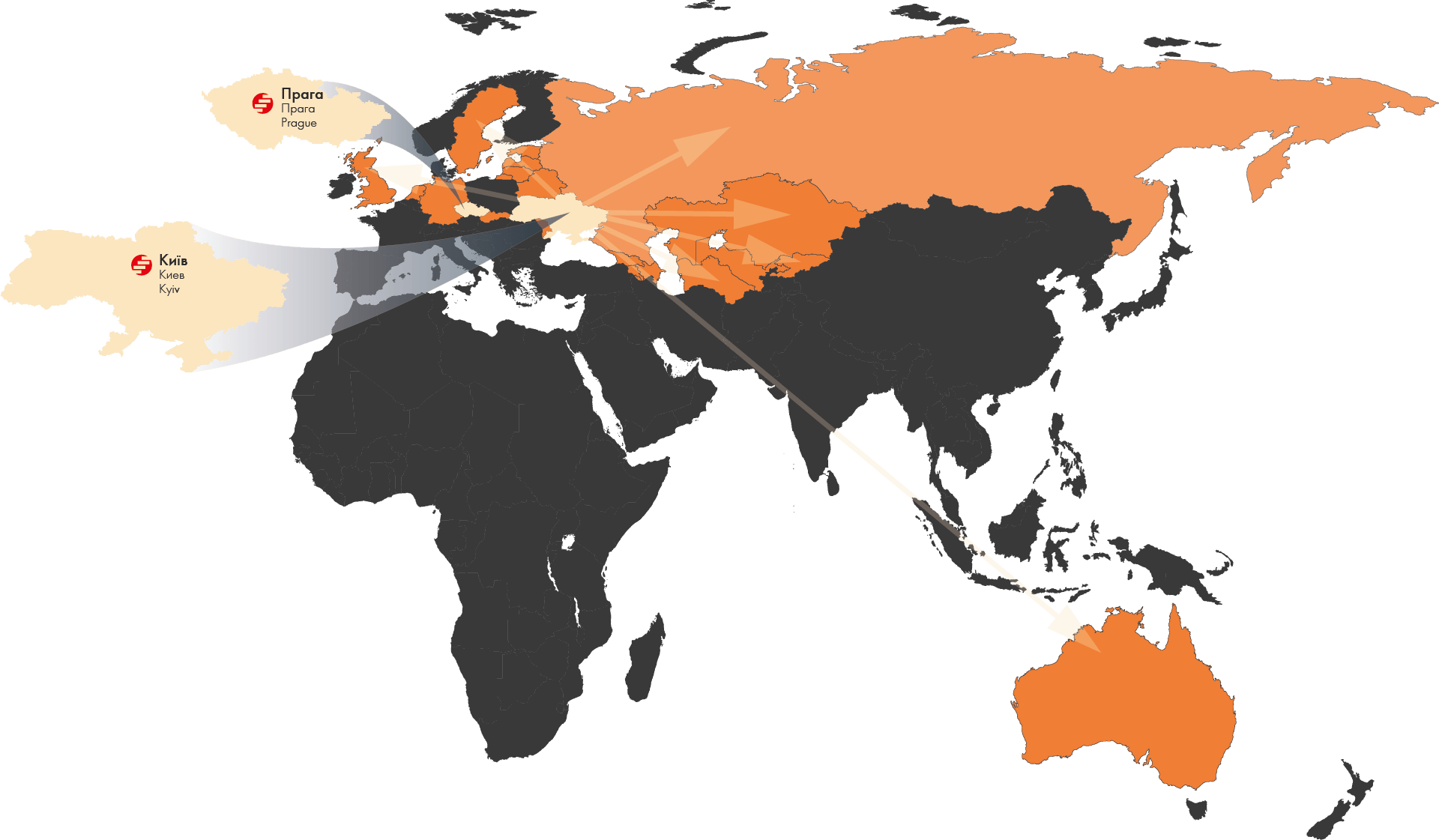